You know that saying, “When it rains, it pours?”

(I wish it would literally pour because the only rain we’ve been getting is drizzly and it’s doing nothing to clean the 89 layers of pollen off our deck.)

It’s been metaphorically pouring around here.

Life has some curveballs, and I’m good with that. I expect most of them, and I know that they’re not uncommon, but sometimes it’s a little overwhelming when everything happens at the same time and you can’t live your actual life doing anything you actually need to do or want to do because of it.

To quickly run it down for you, we haven’t been home in six weeks. I mean, we’ve been home, but only Monday through Thursday. Every Friday, Saturday, Sunday has been filled with travel – and one hospital stay.

We finally get to stay home for the weekend this weekend, and you’ve never met people more excited than us. It’s been a while since we haven’t had to wake up at the crack of down to put pounds of makeup on our 10-year-old daughter’s face (don’t even get me started on that one…it kills me every single time I have to make her up for a competition. Makeup on children should be illegal).

As if we were not tired enough from the first three weeks of travel, early flights, and lots of long rides in the car, our son suffered a grand mal seizure almost three weeks ago. We were having dinner at our best friend’s house. We’d been at our nephew’s birthday party all day, and we went over there to grill filets and have surf and turf while the kids enjoyed their first pool day of the season.

It was a gorgeous day, and I was having the most fantastic glass of sauvignon blanc on the pool deck with my husband, our best friends, and our best friend’s brother (and our awesome friend) BJ when the kids decided to leave the pool and go out onto the driveway and ride power wheels.

That’s when our 10-year-old daughter began screaming that our 4-year-old son was lying on the ground throwing up, foaming, and shaking “ready bad” and we all ran. Time stopped.

I don’t remember much other than seeing our sweet boy on the ground, a massive bloody mess on his head, foam coming out of his mouth, vomit running down his cheek, his left side totally still as his right side seized uncontrollably.

I don’t remember anything other than Geremy grabbing Carter and running to his truck while I yelled for BJ to call 9-1-1 as he had his phone in his hand. Craig began running to the truck with Geremy and Carter, and I remember running to it as it was backing down the driveway to head to the gate. I do remember the truck was moving when I opened the back door and jumped in. I think that I thought we were going to the hospital, but Geremy was amazing enough to realize that he had to run down to the end of their property (and it’s big) and open the gate for the ambulance, and the fire station is only a mile or so away.

He took us there. Laid on the horn while we beat on the doors screaming for help. They opened the doors, grabbed our son, and then I remember being in the back of the ambulance with three EMT/Firefighters, my husband, and our baby boy.

Corinna had our three girls, her own three kids, and our niece, who was having a sleepover with us. I don’t remember much else. I know I called Bridget, my niece’s mother, to let her know since we had her daughter. I think she called our moms? I don’t remember. 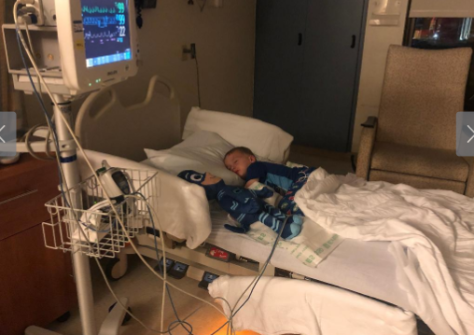 I just remember the tests.

I remember the moment our son stopped seizing in the truck while my husband held him and screamed for him to wake up and breathe. I remember Geremy yelling that he was breathing just before we got to the fire station. I remember his lifeless body and the fact that he spent almost a half hour unresponsive and out of it. I remember so many little things, and so few other things.

I remember my mom coming to the hospital with my handbag that I left at Geremy and Corinna’s. I remember Geremy and BJ coming to get my car keys from Craig and then coming back with my car and a bag of essentials. Carter was only wearing his wet swimsuit when it happened, and we left everything behind. I remember my mom telling me that my mother-in-law was with the girls and she was taking them back to our house to stay with them for the night.

I remember Geremy bringing with him a bag with dry clothes for Carter, water, his favorite snacks, toothbrushes and toothpaste and even a phone charger. Things we would need for an overnight stay that we didn’t have. I cried because we have the best friends you could ever ask for in the entire world. They took care of our girls, got the entire story about how he made a funny noise, began seizing, and then fell off the power wheel John Deere he was on. They talked to the girls. They cared for them. Geremy was back in the hospital by 7 am the following morning just to check on us and to see Carter. Brian and Bridget were there shortly after with coffee and some of Carter’s favorite things. Corinna and the kids were there right after that. Our moms brought the girls after that. My aunt was there with my nephew after that.

Our room was filled for three solid days with visitor after visitor while Carter went through test after test. A CT scan, an EKG, blood tests, urine tests, drug tests, and he did a 24-hour EEG test. Everything came back clear and perfect. Now he goes to Shands for an MRI to look deeper into his brain.

He was a champ. 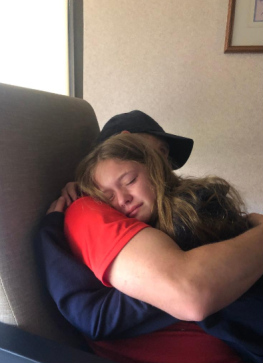 And thank God for social media alleviating the need to respond to every single text and call that came through by posting updates there. And thank God for everyone who reached out to check on us, to ask us what we needed, to offer their prayers. Finding out our sweet boy was on the prayer chain not only at our church but at the churches of so many of our friends and family at the same time was powerful.

Right now, he’s fine. He’s himself. We are not okay a lot of the time. Night is hard. The first week was really hard. Our daughters witnessed it and have been very emotional. Our oldest daughter doesn’t like to be away from him. Our middle daughter is acting out at school in a major way, and she’s overwhelmed when she has to say goodbye to her baby brother in the mornings. Sweet Charlotte is Carter’s twin, and she’s been quiet about the entire thing.

She’s been very close to him, and she doesn’t let him out of her sight. None of us are sleeping well. But we get better each day. It’s hard not knowing what caused it. All we know is that it was not a febrile seizure, it was not caused by trauma to the head, and it was not caused by dehydration or blood sugar issues. At this point, it’s simply unprovoked.

Yesterday, driving to school, he fell asleep in his car seat before it was his turn to pick a song. When I asked him what he wanted, he didn’t respond. In the rearview mirror, his head was down on his chest and he wasn’t responding. I panicked and started yelling his name, and that caused the girls to panic. A few days prior, he was outside playing while we were cleaning out the car after a trip, and he walked around the house. I called his name and when he did not immediately answer, the girls began to panic calling his name and screaming for him. Ava cried. He was fine, but it’s hard to realize that your own panic and fear is causing the same kind of panic and fear in your kids. 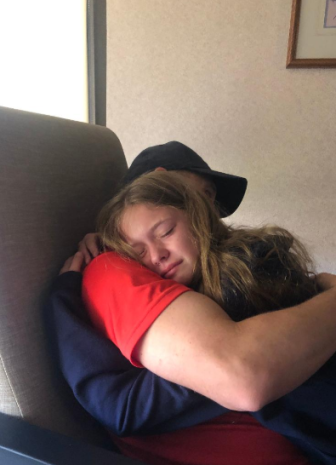 And then there is everything else. We still have cheer, so that means we still have to travel every weekend or every other weekend depending on the week.

Just to make the month more fun, our AC decided to stop blowing cold air when we got home from the hospital – and it was almost 90 degrees every day. It was a slow stop we didn’t notice right away. It definitely felt warm at home when we got home, but our moms had been staying here with our girls, and they always crank it way up and like it so hot in here. Then it was a little cool, and then it was hot the day we left for Daytona – but we had to leave and we had to kick the AC guy out before he was done…which meant it was hot all weekend while we were gone, hot when we came home Sunday evening, and wasn’t fixed until Monday morning. That was a long day.

Fast forward to this weekend when we were in Naples, and we came home to find our toilets won’t flush but stuff keeps coming up the shower drains when we try to flush them or use the plunger. My husband called the plumber – no, septic people, since they are apparently not the same people – and they came out this morning while he was gone and I had to be home to let them do their job – and informed us that it needed to be pumped – fine – and that our drain field is totally shot to hell and back and needs to be replaced ASAP. So now we are getting a new one of those…whatever those are. And I haven’t even begun to work on my taxes yet, which means this month will only get that much more expensive when I turn all that in and find out how much we owe this year #selfemployedproblems. Fortunately, we are blessed and able to handle everything going on in our lives right now without worrying about it. It still doesn’t make it fun, but we are going to have what might as well be a brand-new house after all this! I’ll take it.

And that, my friends, is why I’ve been MIA. I’m currently finishing up a collaboration with an amazing company I should have posted the week Carter was in the hospital but did not, and a few other things. It’s been a heck of a time around here, and we’ve been so tired. Hopefully, this weekend at home will let us get some much-needed rest so we can rejuvenate and spend time with our loved ones….and hope our drain field lasts until they get out here to replace it.

On that note, you won’t get much more from me this month. I need a little more time to catch up and try to get back to normal, but I’ll let you know anytime there’s something new on the site. 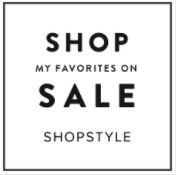